Blogging live to you and yours! It’s your boy TWOTALL4UFOOL! Mario Kart Tour is releasing later this month for mobile devices. So this got me to thinking. I should discuss my favorite Mario Kart games in the franchise. It’s been around almost 30 years now since the release of Super Mario Kart for the SNES back in 1992. Many games have come out since then. So I’ll discuss my top five Mario Kart games going from number five to number one. Are you ready? Let’s get into it.

This is the best Mario Kart game to appear on a handheld. Great variety of courses. Great graphics and of course you can take it on the go with you. If you are looking to get a Nintendo 3DS/2DS for a friend you can’t go wrong with picking up this game to go along with it.

Now I know what many of you are thinking! How is this in your top five 2TALL? Now I’ll be the first to say that the N64 isn’t my favorite console by any means but I feel it turned a direction with the Mario Kart franchise. It was the first game to be four players, the first one to be in 3D, and the battle mode is amazing. I know it only had 16 tracks but if you found at least two other people to play with you would be having nothing but hours of fun. I wouldn’t play it on original hardware but it comes up on the Nintendo Switch Online Service I would definitely give it a go again.

The game that started it all. While the game isn’t the best graphics wise for the time nothing like it had ever been done. Just imagine your favorite video game character being put into a kart racing game with characters from the franchise. Unheard of right? Well a few other franchises have followed suit. But none of them have come close to what this franchise has done. But my best memories of this game would have to be just trying to grind through all the Cups. Time Trials was pretty fun too. 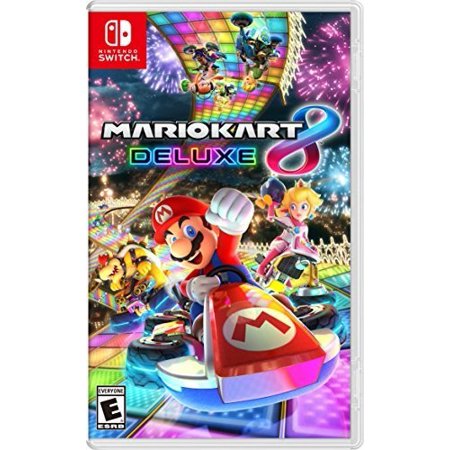 Now I would like to give Mario Kart Arcade GP DX an honorable mention. If you haven’t played it check it out at an arcade near you. Fun racing game to get into at an arcade. As for the future of Mario Kart hopefully they remaster every track ever made and every character ever in the series makes in return in the next one. I’m sure Nintendo has something up their sleeves for Mario Kart 9 (or whatever they are going to call it). Anyway what are your thoughts on Mario Kart? Do you agree with my top 5? What’s your top 5? Leave your comments below. Until next time. Blogging live to you and yours! It’s your boy TWOTALL4UFOOL! Remember that TOGETHER EVERYONE ACHIEVES MORE! Thanks for reading folks. Catch you all later!