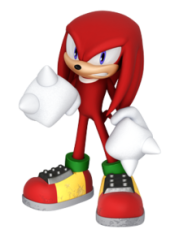 Ok if you missed the Nintendo Direct last Thursday where have you been? Everyone and their momma knows that a new Super Smash Bros. for the Switch will be coming in 2018. The news broke the internet for that day. Since then just about everyone on YouTube and website I go to are posting wishlists for what they want for the new game. And many questions are being asked! ‘Is it a port?’. So for this post I want to go through and lay out my predictions for the game. I’m going to do more than just character predictions.

There will be DLC: I don’t think that all the characters that are in the game will be available day one. I’m sure they will have some DLC packages. I hate to say it but that’s just the way of video games nowadays.

There will be involvement of Amiibo’s: I’m sure to get some characters Nintendo is going to require the use of some Amiibo’s. I’m not the biggest fan of them but hey it’s a cash grab for Nintendo right?

It’s not going to be a port: Many people out there are thinking that it might be a port. Worse case scenario it may be like Hyrule Warriors: Definitive Edition. But let’s hope it’s not a port. And if it is….. doesn’t matter to me. I didn’t have a Wii U…. remember!

Waluigi: Can we just put this guy in the game already! He’s already in all the other Mario games whether it be MarioKart, Mario Tennis, Mario Party, etc,. Just put him in so we can see Luigi beat his ass.

Daisy: I’m surprised she hasn’t made it to Super Smash Bros. yet as a playable character. And she’s more of a tomboy than Princess Peach. I think that’ll change this year.

Toad/Captain Toad: Whether he’s Toad or Captain Toad just put him in the game as a playable character. Maybe he can throw a turnip at the enemies like he did in Super Mario Bros. 2.

Dixie Kong: This is another head scratcher for me. Her hair would sure be a force to be reckoned with. But hopefully we see some more Kongs get in on this year’s fun.

Funky Kong: Let’s see him in action on his surfboard. That would be pretty cool if he’s in the game. Hopefully he’s not hard to use like Donkey Kong.

King K. Rool: This I think would be a long shot. Maybe Nintendo could some how convince Rare to let them put him in the game.

Donkey Kong Jr.: I doubt he’ll be in it. But if he’s in it can we see him in action with a tennis racket.

Venusaur: I feel we do need more of a variety of Pokemon in the game. This is one of the more popular ones.

Blastoise: Squirtle made an appearance in Brawl. How about bringing him back as Blastoise?

Wolf: Didn’t make an appearance in the last one. He was decent. I don’t see why we can’t bring him back.

Ridley: I feel like we need to mix it up a little bit. Let’s see if we can get some more of the Metroid characters involved.

Tails: I’m tired of seeing Sonic as the only character from the Sonic series. Let’s get his pal Tails into the action.

Knuckles: If Knuckles gets in I’m so fighthing as him. He’ll be my new main character if he makes it.

Dr. Eggman: We may as well get Sonic’s arch nemesis in the game as well. We can always see how he’ll do against Bowser.

Ms. Pac-Man: Maybe they’ll give her hands and feet. LOL!

King Hippo: Like Metroid I feel this is another franchise that is not represented all that much. If not King Hippo maybe we can get another one of Little Mac’s opponents.

Mike Tyson/Mr. Dream: Mr. Dream I think is a little more realistic than Mike Tyson. But it doesn’t hurt to “Dream” about it.

Crash Bandicoot: I think Crash is the front runner that a lot of fans think will make it from the 3rd party side of things. He has his trilogy coming out on the Switch later this year and he has the moves to make it work. I think he makes it.

Spyro: I don’t think he’s been around in a while but it would only strengthen the 3rd party line up already in the game.

Geno: I know this ain’t going to happen. But it seems like fans from all over want him to appear in this game if he can’t be in his own game. We’ll have to wait and see.

Solid Snake: Let’s see if he makes a return to the series.

Rex: The main character from Xenoblade Chronicles 2. I’m pretty confident at least he’ll get in.

Sub-Zero: If Mortal Kombat does have a rep from that franchise can it be him?

Ok that was lengthy list of characters! But I’m sure some of you guys will want to add to the list. Did I forget someone, or am I forgetting something? Let me know in the comments below! Do you have your own predictions? Send me a link and I’ll be more than happy to read them. But overall I believe this will be the biggest roster of fighters we’ll have yet. Blogging live to you and yours! It’s your boy TWOTALL4UFOOL! Remember that TOGETHER EVERYONE ACHIEVES MORE! Thanks for reading folks. Come back soon!