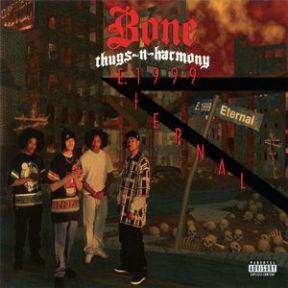 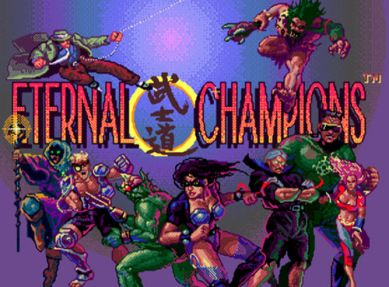 Blogging live to you and yours! It’s your boy TWOTALL4UFOOL. When I look on my news feeds I’ve come across certain blogs from other bloggers where they will discuss the music they like in video games. So I figure I like video game music since I am weird like that. So I’ll share with you guys what I like as well. But instead of making it the old traditional ‘I like this track from the game list’, I figured I would give you all some music history for this first one I’m doing here. I’ll probably do a list later on but I really want to share this with guys. I’ll do my best to do a ‘Music In Video Games’ blog at least once every other month.

So let’s go back to the 1990’s. There was this game on the Sega Genesis called Eternal Champions. If you have or had a Genesis you probably have heard of this game. Maybe you’ve even played it. It’s a fighting game, and as far as fighting games go back in the 90’s if it wasn’t Street Fighter II or Mortal Kombat you really had to dig deep to see what other fighting games were out there. As far as this one is concerned I don’t feel it was very popular. Even though it did have a sequel on the Sega CD if you had the other platform during that time (the SNES) you probably had no idea this game ever existed. You are not alone because I didn’t either. From a review standpoint I heard it was pretty complicated. Maybe I’ll do a retro game review on it someday.

Now let’s talk about the hip-hop/rap group Bone Thugs-n-Harmony. They are very popular in the genre coming from Cleveland, Ohio. They’ve had hits such as Tha Crossroads, and 1st Of Tha Month just to name a few. If you want to learn more about them just Google them or ask me (they’re my favorite group). Anyway their producer back then DJ U-Neek used samples from the game Eternal Champions on a few of Bone Thugs-n-Harmony songs. I would like to share them with you guys.

Here’s what Bone Thugs-n-Harmony used it as. The song is called Eternal. What coincidence: https://www.youtube.com/watch?v=hKQe23hUnY4

Here’s the second sample from Eternal Champions. If you made it to the end of this game I heard you probably heard this tune a lot. I also find it funny how the final boss wants you to beat him: https://www.youtube.com/watch?v=JjO98lNDgRk

Here’s what Bone Thugs-n-Harmony used it as. The song is called “Crossroad”. NOT to be confused with Tha Crossroads. This original version of that song: https://www.youtube.com/watch?v=234aK1Mpc0I

Now one thing I can make of all this is that DJ U-Neek probably had a Genesis and played this game back in the day. Or he knew someone who did. Where ever he first heard these samples you have to say that he is very talented producer. The fact that he turned tunes from a video game into an actual hip hop beat is amazing. Especially during the mid 90’s that’s really cool. Regardless of if you like the music or not you have to admit that it’s pretty remarkable something like that could be done.

So I just wanted to share this video game and music connection with you guys. Did you like what you heard? If you did give this a post like be sure to follow me if you haven’t already. Do you know of any other video game samples in music let me know in the comments below. Blogging live to you and yours! It’s your boy TWOTALL4UFOOL! Remember TOGETHER EVERYONE ACHIEVES MORE! Thanks for reading folks and I hope you enjoyed! Later!