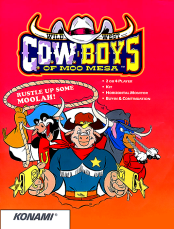 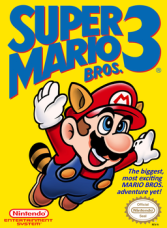 Blogging live to you and yours! It’s your boy TWOTALL4UFOOL! 2019 is shaping up for a great year in video games. But this blog wouldn’t be what it is I feel without the Retro Game Reviews I do for you guys. I have an idea of games I want to do for 2019. I usually try to do at least one a month and give you some gameplay footage along with it. I know I’ve been slacking on the gameplay footage yet again but my schedule is just all over the place. And with December being such a crazy month for me I got out of my rhythm. Anyway with I’m going to put out a Retro Game Review preview for you guys. Hope you enjoy what I got planned for 2019.

Teenage Mutant Ninja Turtles: The Hyperstone Heist- I know I was suppose to do this last month. But I’ve already played the game and my review will be up by the end of the this month (or week). I’m a big TMNT fan and I never got the opportunity to play this game growing up. Mainly because I didn’t have a Sega Genesis/Mega Drive in my youth. But I’m excited to review this game for you guys and see what I missed out on with this game.

Yoshi’s Cookie– With all these NES games coming to the Switch I feel that they could go with some titles as opposed to others. I would trade this game for Yoshi in a minute. So I’ve been playing around with this game on my emulators and I want to give you my thoughts on this game. This is a game I feel Nintendo is leaving in the vault. So expect a review on this game later on in the year. I may do both the NES and SNES versions. We’ll see so stay tuned.

Super Mario Bros. 3– With the NES games on Switch I’ve been suckered into playing a game I’ve already beaten. I actually beat the SNES All-Stars version of this game but I still beat it. It’s a nice long adventure if you play the game the right way and I’ve been getting a bit of thrill playing it again. Maybe I’ll bring some new life into my review that may make someone who has never played it before just try it out.

Knights Of The Round/The King Of Dragons– I haven’t decided which one I’m going to do yet. Both of these games are on the Capcom Beat ‘Em Up Bundle. I know I could easily do Captain Commando or Final Fight but I feel these are two unique choices. I plan on doing an overall review on this set later this year. If you don’t have it you should definitely pick it up. And if you want to beat some FOOLS up and gotta Switch let’s do this.

Michael Jordan: Chaos In The Windy City– I gotta do a game that is just bad. I haven’t heard anything good about this game but let me be the judge of that. I’m a big basketball fan and I’ve played many basketball games old and new to date. I’m very excited about doing a review on this one. Good or bad!

The Wild West C.O.W.-Boys Of Moo Mesa– I gotta do a game I grew up with on Saturday Mornings. And it’s an arcade game by Konami. This will be real fun.

Mega Man 8– I started playing this game. I’m half way through it. I need to finish it. Good game so far.

So these are just some of the retro games I plan on reviewing this calendar year. I know I didn’t announce of them all but I gotta leave some of the games as a surprise for you guys. I also take requests so if you want me to play a particular retro game let me know and I’ll do my best to make it happen. In the meantime I’ll do my best to review at least all of these games I’ve listed here. Are you excited to see me review any of the games that I listed? Please let me know in the comments. Until next time! Blogging live to you and yours! It’s your boy TWOTALL4UFOOL! Remember that TOGETHER EVERYONE ACHIEVES MORE! Thanks for reading folks. Come back next time now!