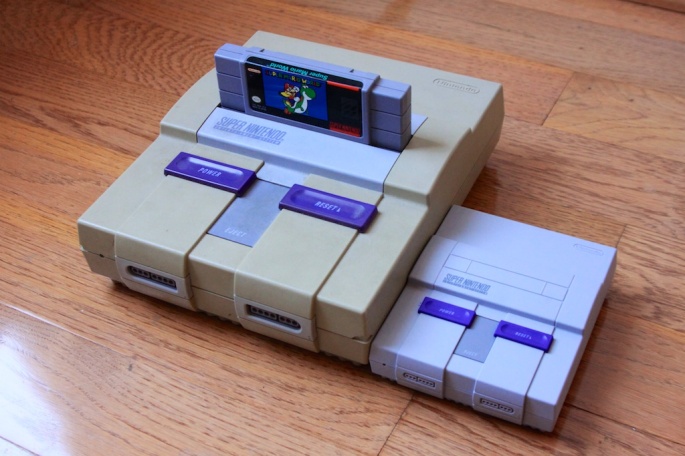 Blogging live to you and yours! It’s your boy TWOTAL4UFOOL! A lot of us love to play retro games. I’ve realized since watching a bunch of different channels on YouTube and reading many different blog sites, and blog posts that there is still a market for playing retro games. It’s a lot bigger than I have ever realized and people’s disappointment with how the Nintendo Switch’s Online Service is being run I feel is proof of that. That’s a whole nother story however. But one thing I want to get into today is how we play these games. Do you prefer Original Hardware or do you prefer Emulation? I’m going to explore both sides state and explain what side I’m on and why. There is no wrong answer in my opinion however.

Moving on to Emulation. Advantages to that include just being able to play a bunch of games all on one device. No having to pop out carts, or eject discs. Just exit the game once you are done and it should take you back to a main menu depending upon whatever machine you are using for emulation. Whether it be a NES Mini, or a Raspberry Pi. Another advantage is that you can emulate more of your favorite retro games on the go. Whether it be some random android device, or playing NES games on the Nintendo Switch. Now if it is an original handheld device such as a Game Boy that’s one thing. But even today you can’t take your NES with you and play Super Mario Bros. 3 while on a car ride. You’ll need something to emulate it on.

Now in my opinion both sides have their disadvantages as well. For example with original hardware most old consoles can’t hook up to current gen TVs. You’ll have to go out and buy converter devices. It’s doable but it can be a pain at times. As for emulation you run the risk of not being able to emulate every game at 100 percent. Whether it be the power of the machine you are running it on or the emulator itself. Emulation isn’t perfect. It’s gotten a lot better over the past 10 years but it still has a way to go before we call it the sole alternative to original hardware.

Now me personally I prefer to emulate my retro games. The reason is that it is just more convenient for me. I emulate games on my laptop computer using RetroArch but I also do have plug and play mini consoles as well. At the end of the day I don’t have the room to keep all my original hardware plugged in. And my old CRT TV stopped working years ago. And they are getting a bit harder to find. Another reason why I prefer to emulate games is I feel that the technology behind it is incredible. Being able to play a 2-player old school game with someone halfway around the world is awesome. Whether you are using RetroArch or the Nintendo Switch Online Service I feel that being able to do that you know that emulation has come a long way.

Now even though I support past generation emulation I don’t support current gen. emulation. One example would be when Super Smash Bros. Ultimate leaked. I feel everyone should support current gen. games by buying them. Now as for old school games I necessarily don’t care if a person downloads ROMs, and puts it on a device for their own personal use (or for a relative, or friend). But downloading ROMs onto a device and selling that device with the ROMs I’m not for. And it upsets me how people don’t do their research and pay hundreds of dollars when it is just something that they could’ve put together themselves. If you want to put together a Raspberry Pi with ROMs on it there are tons of tutorials out there that will show you how to do it. Don’t make a bad purchase people!

Now I told you how I play my retro games! How about you? How do you play retro games? Do you prefer original hardware or emulation? Let me know in the comments below. I’m curious at what you guys have to say. Until next time! Blogging live to you and yours! It’s your boy TWOTALL4UFOOL! Remember that TOGETHER EVERYONE ACHIEVES MORE! Thanks for reading folks. More great content coming soon!

5 thoughts on “How Do You Play Retro Games?: Original Hardware vs. Emulation”