Sup folks. Blogging live to you and yours! It’s your boy TWOTALL4UFOOL! So Dec. 7th has come and gone and I’ve picked up my copy of Super Smash Bros. Ultimate. That game is so AWESOME! If you haven’t picked it up yet you really need to do so. If you have a Switch there’s no excuse in opinion. If you don’t have Switch you need to get one so you can experience this amazing masterpiece. But today I want to review 8Bitdo’s G Bros. Adapter. If you like to play SSBU with GameCube controllers using this device is one of the ways you can do it. It also has another great feature on it as well. 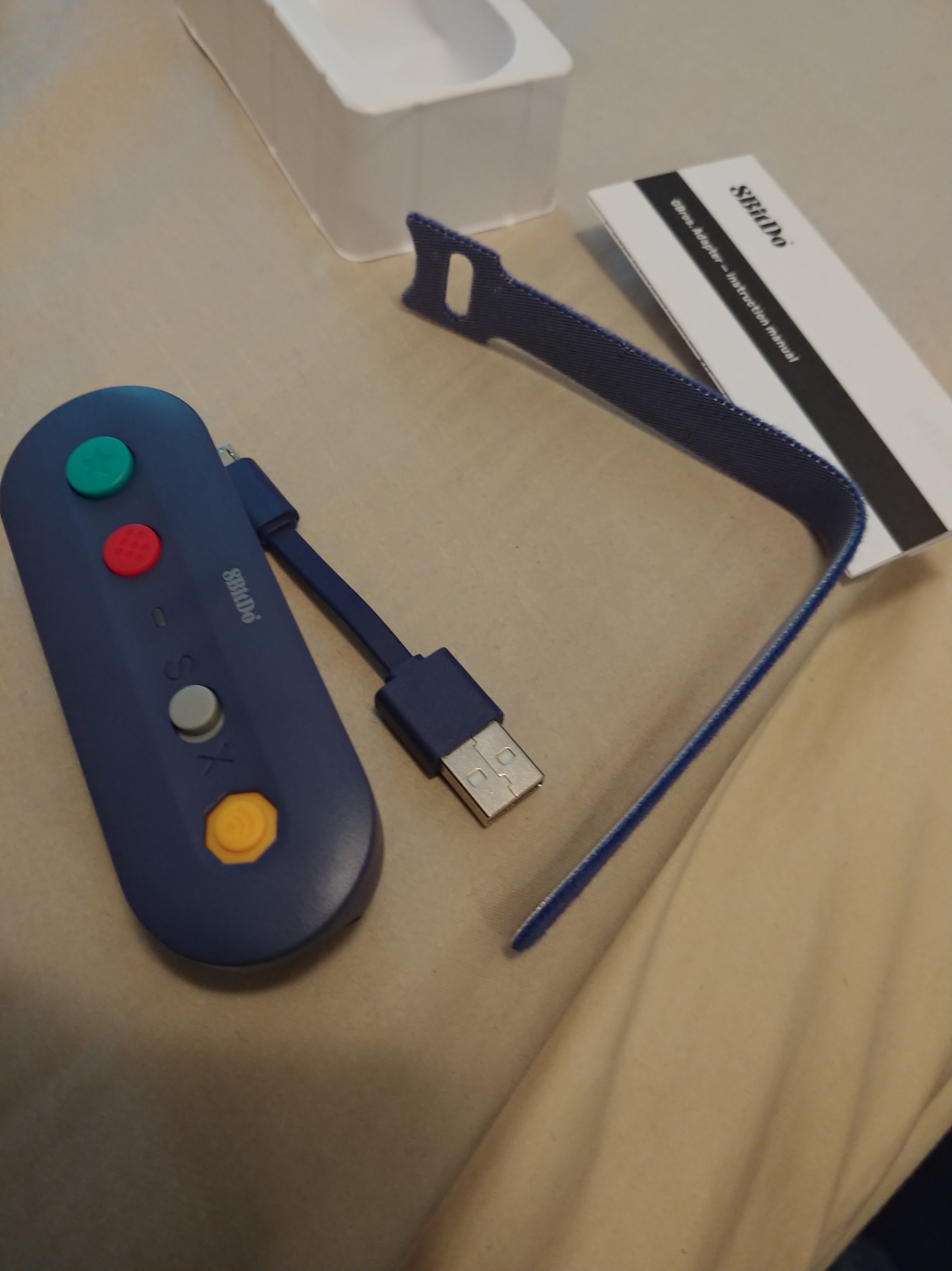 So since that didn’t work I decided to try this thing out with my NES Classic Controller. It works. And I’m sure it will work with SNES Classic Controller as well. First I played the NES Classic Super Mario Bros. 3 on my Nintendo Switch. It’s kind of pain because you need to hold the two trigger buttons to load and save your states. But it played just fine and it felt great because I was playing an NES game the way it was meant to be played. That was the easiest time I’ve had with an NES game since I’ve been playing them on my Switch. Now I know you can buy those Nintendo Switch NES Wireless Controllers. But why would you can get this device for $20 bucks and use your NES Classic Controller if you own an NES Classic. If you need an additional controller it’s only $9.99. That’s cutting corners as opposed to dropping $60 bucks on additional controllers. That’s just my opinion.

This thing can also work on your Windows PC. So if you play games on your computer or are into emulation like myself it will work perfect with RetroArch. It felt good to play an NES game on my computer with the original controller as opposed to a controller with extra buttons. I love 8Bitdo’s other controllers but using an NES controller to play an NES game on my PC felt amazing. I’m playing a game the way it was meant to be played. And that is exciting to me. So I know I can use this GBros. Adapter for more than just SSBU. 8Bitdo has done it yet again.

So overall I would HIGHLY recommend that you get this product if you have a reason. I have two reasons to have this thing but one is good enough. If you like to use a GameCube Controller get this controller. If you want to play retro games an NES or SNES Classic Controller whether it be your computer or the games on the Switch then get this controller. If you are interested I’ll leave an affiliate link at the end of the post. And check out 8Bitdo’s website. A lot of great stuff over there I think you’ll like. Especially if you love Nintendo. So are you going to try this product out or any other of 8Bitdo’s products out? Let me know in the comments below. Until next time. Blogging live to you and yours! It’s your boy TWOTALL4UFOOL! Remember that TOGETHER EVERYONE ACHIEVES MORE! Thanks for reading folks. Time to get back to playing more SSBU. Later!