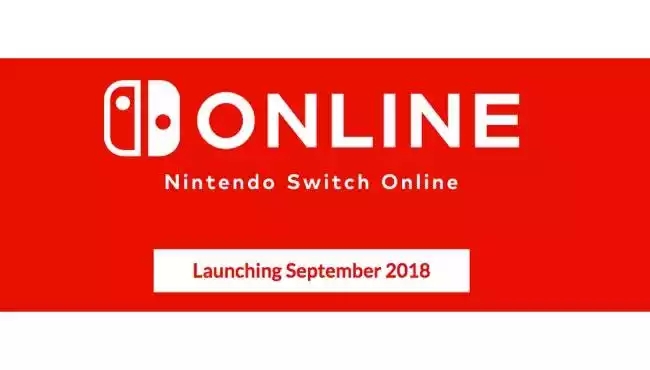 Blogging live to you and yours! It’s your boy TWOTALL4UFOOL! Looks like there are updates on the Nintendo Switch’s Online Service. Looks like good news and bad news however you guys want to take it. There are pricing plans, a compatible games list, information about NES games being with the service, and save data cloud back ups. But I’m sure the piece of news fans aren’t happy about is that there are no plans for a virtual console. Let’s discuss this.

So let’s start with what we do know. It’s scheduled to come out in late September of this year. Let’s hope there are no pushbacks. It of course will have online play. Online play will be with games such as Arms, Splatoon 2, Mario Kart 8 Deluxe, and Mario Tennis Aces just to name a few. What this means is to continue playing games such as these online you need to sign up for the service. I’m sure there will be some games that won’t require a subscription but we’ll just have to wait for the complete list later. What we also know is that you will be able to play NES games online with your friends. Retro gamers should be excited this feature. It will feature 20 games. Ten of these games have been announced already. Games such as Tennis, Golf, Mario Bros., The Legend of Zelda and Super Mario Bros. 3 will be included. You can either compete against one another or play cooperatively depending upon the game. I wish they would’ve did this for the NES Classic Edition. (Another missed opportunity Nintendo)!

Looks like you can also save your data to the cloud. This is a feature that fans have been wanting for a while. Especially if you have to get another Switch for another reason your game saves are still there in the cloud. And it looks like the Nintendo Switch Online App will be improved. Apparently it will be used for voice chat. Let’s hope that it is better than what it is right now. This app is now available on iOS and Android. What I like most about this is the pricing. Way cheaper than Xbox or PlayStation online services. For individual memberships 1 month is $3.99, 3 months is $7.99 and one year is $19.99. I’m sure everyone is going to go with the one year deal. I mean it’s bang for your buck clearly. And if that’s not enough if you want to get a family plan that is $34.99 for 12 months. You can have one Nintendo account holder add up to seven others to join their family plan. So if you think about that is less than $5 for an entire year. If you want more details on this please visit Nintendo for more details.

Now however you want to take it good or bad there will be no Virtual Console on the Nintendo Switch according to a report from Kotaku. I know a lot of you out there are not to happy about this report but here’s what I make of it. You will be able to play NES games as of right now. I’m sure there will be more classics announced later. They would be dumb not to include the SNES or N64 classics with their online service. They may not be available at launch but I’m sure there is plans to include it later on. I am a bit concerned about classics they had from other consoles such as the Sega Master System, and Sega Genesis. Sega recently announced another Genesis Classic Collection but however it wasn’t announced for Switch. That is a bit of a red flag but I’m sure they will release titles either on the eShop or they will could put the collection on the Switch later on.

Now the question will come is how do I play these classic retro games? Well you can keep your Wii, Wii U, or 3DS and play these classic games on there. You can invest in a NES/SNES Classic Edition. You can download some emulators and roms on devices such as an Nvidia Shield Android TV or Raspberry Pi 3. You can also get a high powered gaming PC. Or if you like to hack things hack your Nintendo Switch and download emulators on it. You have a lot of different options on what you can do to play your classic retro games. But overall are you impressed with what is coming to the Nintendo Switch? How do you feel about no Virtual Console for the Nintendo Switch? Let me know in the comments below. Blogging live to you and yours! It’s your boy TWOTALL4UFOOL! Remember that TOGETHER EVERYONE ACHIEVES MORE! Thanks for reading folks and I’ll catch you all later!