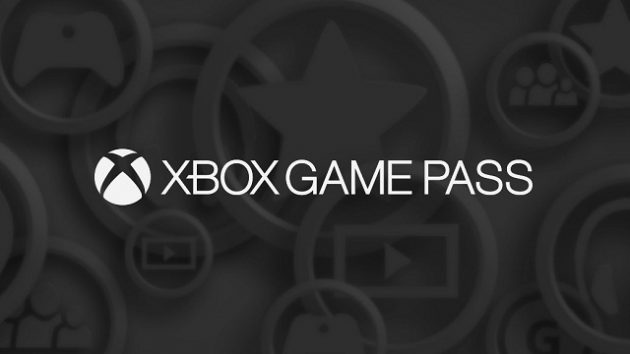 Blogging live to you and yours! It’s your boy TWOTALL4UFOOL! I don’t think there has ever been a better time than now to get an Xbox One. If you have the time and the money of course. But even if you can’t afford the $500 Xbox One X you can get a refurbished Xbox One, or Xbox One S on the cheap or brand new if you like. Now me personally I’m not the biggest fan of Xbox, I don’t own an Xbox, and I have my reasons but I know a lot of people out there love their Xbox’s. So if you do have an Xbox and if you are not signed up for what I’m about to talk about then what is wrong with you?

The Xbox Game Pass is a sweet deal if you have an Xbox One. It’s only $10 a month, they give you a 14 day free trail and you can cancel at anytime. It’s excellent if you are on a budget. If you go to their website you’ll see that they have a ton of great games that you can stream and some you can download for a discounted price. It is similar to PSNow and GeForce Now from Nvidia, but these games range from Xbox 360 to Xbox One. They are not just old games. And you if you also buy into this plan you can get access to Xbox exclusive triple A games such as Sea of Thieves, State of Decay 2, and Crackdown 3 (if they ever release that game). Did I just read that correctly. Access to Xbox exclusive triple A games for only $10 a month. I know there are not very many Xbox exclusives but still what a deal. I don’t have an Xbox but if I did or if Nintendo or PlayStation offered something similar I would clearly jump on a plan like this. I’m blown away and I have to say that Microsoft putting this out is clearly a game changer in many ways. Sony better step it up with PSNow and who knows what Nintendo has planned since there online service isn’t coming out until this fall.

Now with Xbox doing this it presents some good, and in my opinion more bad. The good is that we don’t have to go to any store and buy physical copies of games. Everything is right there for you to stream. For $10 a month playing all the games available you want it’s really a steal for the gamers here. All they really have to pay for is the hardware and not have to worry about throwing down $60 on a triple A. In the long run you are saving money. The bad is I feel this is the beginning of the end for physical copies of games. Businesses such as GameStop, Best Buy and other stores that sells physical copies of games are in trouble. The only thing I think that is stopping it from growing even bigger than what is it right now is the internet. And with net neutrality being repealed it may take a little bit longer. Now me personally I like buying physical copies of games. I still get the thrill of going to GameStop or wherever getting that game, going home, popping it out of its case, putting it in my console or handheld and playing it. Part of me isn’t ready for the digital age to take over just yet.

Now I’ll discuss why I’m more against this than I am for it. First being I like to buy physical copies of games. I’m from the old school so when it comes to buying games I just really never jumped on the downloading my games digitially bandwagon (unless it’s free). I like seeing my collection of games in their cases as they sit on my shelf. The second reason I’m against this is because what if I download a game I don’t like or sucks. Now with how it works right now if I get a game that sucks I can trade it in at GameStop toward a new purchase or get some pre-owned games. Best Buy has a similar program. I take advantage of what they have to offer so I just want that insurance of if the game sucks then I can just take it back. I can’t necessarily do that if I’m downloading it digitally. If you are streaming the game however I guess that’s ok but not everyone’s internet will be up to par with streaming. Especially with net neutrality being repealed like I said earlier. Overall it feels like video games has caught up to where music is. Who buys a CD anymore? Only a matter of time before we start having to download our games permanently. But I think we are ten years away from that happening. Not much time left but it’s getting much closer than ever before.

Overall the Xbox Game Pass is a win for players. But I feel it is a loss for the stores selling physical copies of the games. I also feel it is one step closer to getting all your games digitally on a permanent basis. But again I raise the question. If you are an Xbox One owner and don’t have this Xbox Game Pass….. what is wrong with you? Blogging live to you and yours! It’s been your boy TWOTALL4UFOOL. Remember that TOGETHER EVERYONE ACHIEVES MORE. Thanks for reading! Please like, comment and subscribe, if you haven’t already. Hope you read the next one! I’ll catch you all later!