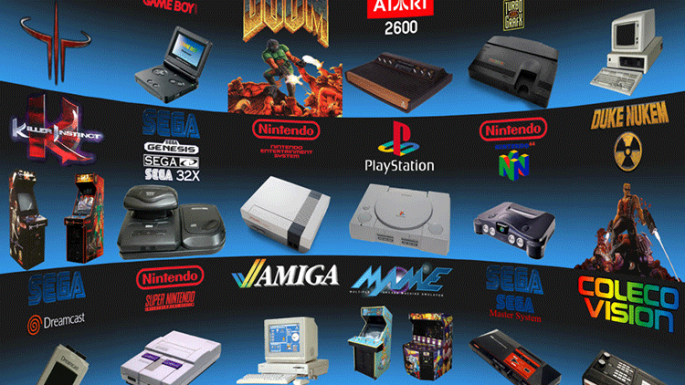 Blogging live to you and yours! It’s your boy TWOTALL4UFOOL. Emulators have been getting very popular over the past year and a half with plug and play retro systems such as the NES/SNES Classic Editions. But what the average consumer may not know is that they been around since the mid 90’s. I’m not going to go into the history and bore you with how emulators were first created and tested but I figured I would explain to you what emulation and emulators are, my opinions on it and devices you can emulate on.

According to the dictionary emulation is the reproduction of the function or action of a different computer, software system, etc. An emulator is hardware or software that enables one computer system to behave like another computer system. Hopefully I didn’t lose anyone there. If I did I’ll explain it in simpler terms. Let’s take the Nintendo Switch that was recently hacked. Hackers made it possible to play past consoles on the hardware. So being able to play another console on the Nintendo Switch would be an example of emulation. And to play that specific console you would have to download a specific emulator for that console. I think that’s the simplest I can put it in gamer’s terms. So what does this have to do with gamer’s? Well plug and play retro systems are pretty much emulators running on a single board computer that has software that is mimicking the original hardware but isn’t the original hardware. So when you are playing a game on any of these plug and play retro systems keep in mind you are emulating it since you are not playing the game on the original hardware.

There are two ways to obtain emulated games. There’s the buy it from the store way and the do it yourself way. Obviously if you buy a plug and play retro system from the store whether it be one of those Atari ones, a Sega one, or if you get lucky and score an NES/SNES Classic those are all perfectly legal ways to play an emulated game. Now if you download a ROM, ISO, or game image and an emulator to play it on it gets into a bit of a grey area. The emulators being downloaded aren’t illegal but as for the games I’ve heard many different versions of this rule and I’m going to go with the most common one. “If you own a physical copy of a game you can have a downloaded digital copy of it.” I don’t know how much truth there is to it. Maybe I should do some research on the law. But even if that is the law do people download games that they don’t own. No comment! Now my opinion on it is this. If it is retro game of any sort I say just download because at the end of the day the game is out of print and the publishers can no longer make money off that game. I’m not necessarily for it however if it is a current generation console being emulated. Even if the PC you are running that emulator and game on is more powerful than that console itself. An example would be the most recently announced emulator for the Nintendo Switch called Yuzu. Why go with an emulator? It’s a current gen console. Once Nintendo has moved on from the Switch then it’s ok but until then just support the console and play the games the way they were meant to be played. On the Nintendo Switch!

So there are several ways to play games on emulators. The most convenient way is to get a high powered gaming PC. That can run just about any emulator for any console but it does get pricey. There are cheaper options as well. An Andriod TV box or phone, iPhone (if unlocked), or a single board computer. I’ll share with you the more popular choices. The Nvidia Shield Android TV is the best choice for android. It’s the most powerful of any andriod device. You can download or sideload apps for the the individual console you are looking for or you can download the app Retroarch which plays a lot of the older consoles excellent with no problem. If you are interested in getting one here is a link to the Amazon page. For single board computers the Raspberry Pi 3 is definitely cheapest choice. You do have to put it together yourself but it’s not hard and it’s rather fun. You would have to get controllers separately but it does have Bluetooth so you could use wireless controllers if you choose to. Controllers I recommend getting are the Wii U Pro Controllers. You can find them used at GameStop or online. There are several different operating systems you could use with the Raspberry Pi 3 such as Lakka/Retroarch, Recalbox, and the most popular of them all Retropie. If you are first starting out I recommend using Recalbox. If you want further tutorials on how to put it together check out ETA Prime’s YouTube channel. If you are interested in getting started with one here is a link to the Canakit one of the more popular choices for beginners. As for ROMs, ISOs, and game images I can’t tell you where to get them but if you run a Google search I’m sure you’ll find what you are looking for.

Anyway I plan on doing more in depth reviews on these devices later on down the line. In the mean time if you are interested in getting an Nvidia Shield, Raspberry Pi 3 or anything similar that can emulate or run emulators let me know in the comments below. Give it a like if you like this post and subscribe if you haven’t done so yet. Blogging live to you and yours! It’s been TWOTALL4UFOOL. Remember TOGETHER EVERYONE ACHIEVES MORE! Thanks for reading folks and keep coming back I got a lot of great content coming! Later!

One thought on “Emulators! What they are, my thoughts, and what devices you can run them on.”