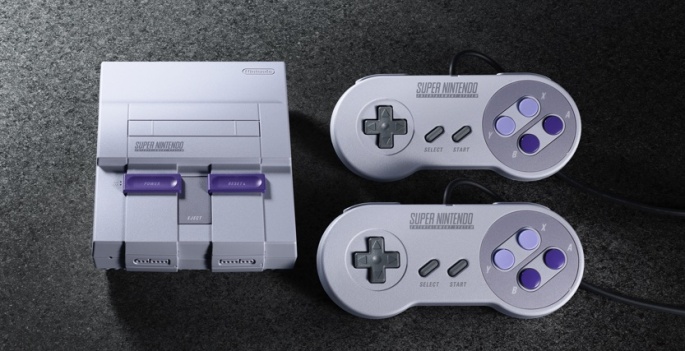 Blogging live to you and yours! It’s your boy TWOTALL4UFOOL! The SNES Classic has been quite the hit since it was launched back in late September of 2017. Even though you still have scalpers out there marking up the price of it I can safely say that Nintendo has produced way more of these than I thought. You can still get them today as I speak for the MSRP of $79.99. You just got to be quick. They seem to sellout online pretty quickly so what I would suggest is calling your local video game store (GameStop) and see when shipments come in. A lot of the associates will be nice enough to tell you when they come in. That way you are ready when it comes and no having to pay someone on sites such as Ebay or OfferUp more money just to have it. If you must go the scalper route I suggest Offerup if you feel comfortable with meeting up with the person and try to pay no more than $150 for the thing. If you can get it down to $130 or even $120 it certainly wasn’t worth their time to get the thing just for them to resale! LOL!

Even though this mini console is doing very well I feel they missed on quite a bit of things with it. From the games to the accessories it’s not as perfect as it could be. I will now talk about the games I felt should’ve been added to the console. From 1st party to 3rd party.

Donkey Kong Country 2: How do we get two Kirby games but only one Donkey Kong game? Seriously? I agree that the 3rd one shouldn’t have made the cut but this one I think was the best out of the three. I really want to talk to the person who decided what games were going to go on the SNES Classic.

Mario Paint: So I understand that there is no mouse or mousepad to even play this game but this is where I feel Nintendo is losing money. Put this game on here and then sale the mouse and the mousepad as a seperate product. If Nintendo is selling that wireless fighting commander controller then they could certainly reproduce this. About the game however you can make some great music and have some pretty fun mini games. Not the best SNES game but with the attachments you can certainly have hours of fun with it.

Super Mario All-Stars: Ok I know why this game didn’t make it but don’t you want to play some NES classics 16-bit style with Super Power! I guess Nintendo figured this would’ve been a waste of space since the 3 of these games are on the NES Classic. B ut the Lost Levels is a pretty tough game a lot of younger gamers haven’t played yet!

SimCity: If there was any other launch title that I thought would’ve made it I figured this would’ve been the title. You can create and you can demolish. Just make sure you budget wisely and don’t upset your taxpayers! Oh Bowser makes an appearance by the way.

Chrono Trigger: Not my favorite RPG game but it was the most popular of the genre on this console. Why did you not put this game on here Nintendo? Seriously why?

Mortal Kombat: If it was one developer that I thought was missing from the line up of games it was Midway. They developed some excellent games back in the mid 90s. I know they are not around anymore along with Acclaim but hopefully that wasn’t the reason why their games didn’t appear on the SNES Classic. Mortal Kombat was the 2nd biggest fighting game of the 90s behind Street Fighter II in my opinion. Even though they put Street Fighter II Turbo on it I don’t think it would’ve hurt to put Mortal Kombat on it as well.

Teenage Mutant Ninja Turtles IV – Turtles In Time: One genre of games that was ignored on the SNES Classic besides sports games was beat ’em ups. Now Nintendo probably could’ve got Final Fight on the console but that game was only mediocre. Turtles In Time was the best beat ’em up on the SNES. Of all the lists I’ve seen from other fans and on polls this game is at the top or near the top of everyone’s wishlist. Has to be the most of any 3rd party game I’ve seen besides Chrono Trigger. Ninja Turtles dominated the late 80s all the way through the mid 90s with the show, toys, movies, specials and of course video games. This is the best one out of all the ones they put out during that time period. My guess is it would’ve been a licensing nightmare. But if they pulled it off it would’ve made a lot of fans happy.

Besides the games another thing they should’ve did with the SNES Classic was ditch the wired controllers. Nintendo what year is this? I know the SNES was popular back in the 90s but we want to relive the fun of the games. Not the pain of the cords getting tangled. So annoying! They have that SNES Wireless Fighting Commander Controller by Hori which looks ok but I don’t see a lot of consumers running out to get it. If you read my previous post I talked about 8Bitdo controllers specifically for the SNES Classic Edition. I don’t have a pair yet but I think I’ll pick some up soon. Nintendo could’ve prevented this all however if they had just made the controllers wireless to begin with. I guess you could get long extension cords but still the controllers should be wireless.

Last thing they should’ve did was give this thing Bluetooth and let it be able to connect to the internet. Well more like their eShop or Virtual Console. Wouldn’t it be great if you could connect to the eShop and buy games for the SNES Classic instead of hacking it and putting your own roms on there for free. Well it’s cheap for us consumers but Nintendo could be making more money if they were to let you buy additional games for the SNES/NES Classic. Even sell 3rd party games so there is a wider selection. Why Nintendo didn’t think of this is beyond me. Maybe if they ever reissue these they make the smart move and let you connect to the eShop.

So I can’t complain too much about the SNES Classic Edition because I’ve hacked and put every game on there that I could ever want. If you want to hack yours here’s a link to YouTuber ETA Prime’s video who shows you how to do it. You’ll need roms of the games you want to add. I’m not going to provide links but if you make Google your friend and do a little research you’ll find everything you ever need. I’m not responsible if you brick your system while hacking it but I’ve heard no reports of that happening. As for wireless controllers as soon as I get the 8Bitdo 2.4G I’ll let you all know and perhaps do a review on them. As for the eShop coming to the SNES Classic I should just keep wishing on that. But that is what I think should’ve been added to the SNES Classic Edition. Anything  you would’ve added. Let me know in the comments below, give me a like if you like this, and please subscribe if you haven’t done so yet. Blogging live to you and yours! This has been TWOTALL4UFOOL. Remember TOGETHER EVERYONE ACHIEVES MORE. Thanks for reading folks I’ll see ya here next time!