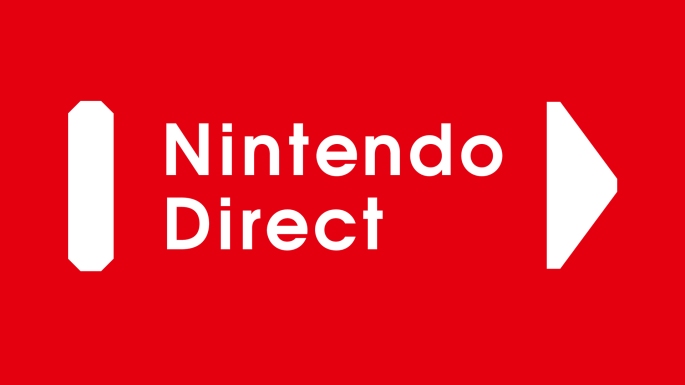 Blogging live to you and yours! It’s your boy TWOTALL4UFOOL. There has been much talk out there that there is going to be a Nintendo Direct before the month is over. I’ve heard it could be as early as Jan. 11th. Even though nothing has been announced yet from Nintendo about when it is, I have  come up with a list of 10 things that could possibly be announced during this upcoming Nintendo Direct. Nintendo came out of 2017 with a lot of momentum with big triple A titles such as The Legend of Zelda: Breath of the Wild, and Super Mario Odyssey. I can’t imagine them slowing down the so I know they have to announce something big at this event. Anyway let’s get into it. These are in no particular order by the way.

The online for the Nintendo Switch right now is a joke. The voice chat you have to use through the app that sucks and friend codes! Seriously Nintendo. I predict that this is the year that they get with the times and eliminate the stupid friend codes and let users use usernames to find their friends. And as for voice chat online I’m predicting that gets improved with firmware update. Now we’ll probably have to go out and get a dongle so we can use wireless headphones. As for Virtual Console I’m hoping we can play more than our general NES, and SNES games. Hopefully they add something big like Nintendo GameCube games, and possibly some Dreamcast titles as well. I know the eShop has been killing it with the indie titles so this can only make it better.

#2 Release dates for the Kirby and Yoshi games:

They were announced during the Nintendo Direct during E3 last year so I figure this Nintendo Direct we get some release dates for them. I’m guessing to keep momentum up late spring or early summer would make the most sense. We will definitely see these games come out sometime in 2018.

Nintendo shocked everyone with the Bayonetta 3 trailer as an exclusive. So I think we get some more info on that. But I definitely think we get a release date of when the previous 2 games are ported to the Switch. My guess on Bayonetta 3 is late this year or early next year. We shall see.

#4 Themes for the Switch on eShop:

Black or white backgrounds! Seriously Nintendo? We got to get some backgrounds on this thing. Right now my Switch is looking just plain. But of the 3 current gen consoles it is the easiest to use. I’ll give them that. But they are only losing money if they don’t do this. We all have to agree on that one.

#5 More video apps such as Netfilx, and YouTube announced:

Now I know they want this to be a gaming device first but they have to understand people will use it more if you put in Netflix, YouTube, Twitch, etc,. Hulu is already on it and that announcement came out of nowhere so it is only a matter of time before everything else like it comes along. I’m predicting this happen very, very soon….. I hope!

Either a new Donkey Kong Country game is announced or they port over Tropical Freeze from the Wii U. I didn’t have a Wii U so I never had the opportunity to play this one. I would totally buy if they ported it over. Now that i think of it port over New Super Mario Bros. Wii U, and New Super Luigi U as well. But I think we get some kind of Donkey Kong announcement in this Nintendo Direct.

I loved this game. Best 3D Mario game ever in my opinion. Yes even better than Mario 64 so I know that’s saying a lot. So do the right thing and give us some more kingdoms for us to play through, or let us play as Luigi, Wario, or Yoshi, or bring in a 3D Donkey Kong to fight in New Donk City. Some more outfits couldn’t hurt either. If they want to keep up the momentum with this game give us some dlc Nintendo!

I’m sucker for these games and I think it is excellent that Luigi has is own series now. Maybe this time however the plot is he isn’t out to rescue Mario…. again. That gets old after while. How about something cool like giving him his own crew. Kind of similar to Ghostbusters. I don’t know. But I really hope Mario isn’t in it because if he is they may as well rename the title Mario Is Missing 4!

#9 A new Super Smash Bros. is announced or we get a port:

This is definitely something Nintendo can use to dominate 2018 like they did 2017. If we get a port I’m cool with it but give us more courses and more characters (3rd party). I would pre-order mine if such an announcement was made immediately. Brand new or port!

#10 GTA V is coming to the Nintendo Switch:

Yes this I’m predicting this will happen. Rockstar I feel wanted to test the waters with L.A. Noire and that has been pretty good in sells for the most part. Now if they do this I would be buying it for the 3rd time. So I’m sure they keep the online support and maybe they put in some DLC but that would be wishful thinking right? But what I try to tell all my friends who don’t have Switch when it comes to ports whether it be Skyrim, Doom, and even L.A. Noire (even though that was remastered) is that you can take it on the go with you. It’s a hybrid console so let’s take advantage of it.

Ok so now that you’ve read through my predictions and my reasons behind them do you guys have any? Let me know in the comments below and give me a like if you like this post along with any of my other content. And subscribe if you haven’t already! Blogging live to you and yours! It’s been TWOTALL4UFOOL. Remember TOGETHER EVERYONE ACHIEVES MORE! Thanks for reading folks and I’ll do a follow up post to this after the Nintendo Direct.