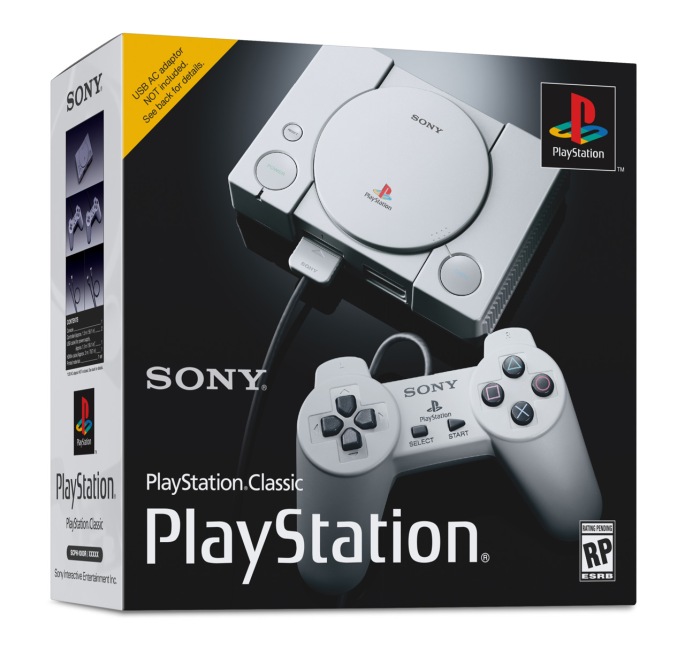 Blogging live to you and yours! It’s your boy TWOTALL4UFOOL! So Sony wants to get in on the nostalgia fun all of a sudden? They want nostalgia money? LOL! According to the PlayStation Blog, Sony will be putting out a PlayStation Classic with 20 pre-loaded games. Five of these games have been announced which are Final Fantasy VII, Tekken 3, Ridge Racer Type 4, Jumping Flash, and Wild Arms. It will be sold at MSRP of $99.99 in the US, and it will hit stores on December 3rd. A few days before Super Smash Bros. Ultimate. I just have one question! Why is Sony doing this?

Now for $100 and only 20 games there better be some hidden games on this thing. At least with the NES and SNES Classics they gave you more games and they were cheaper. Now I understand that the PlayStation is more powerful than both of those consoles but I’m sure they could’ve gotten a bigger hard drive and made this thing less than $100. Maybe $90 at the most. Anyway let’s look at what Sony is doing so far with this. It appears that the controllers will be wired. But I’m pretty sure a 3rd party company will make some kind of wireless feature so no need to worry there if you hate wired controllers. But a real deal breaker for me is the fact that they are using the original controllers. No analog stick controllers. That totally sucks. And they need to hurry and announce the rest of these games. Come on Sony Final Fantasy VII? Seriously? I can play that game on my phone. LOL! I don’t know what Sony is trying to get at here. They really don’t need to do this. It’s not going to do nearly as well as the NES and SNES Classics I feel. Nintendo is the king of handheld and the king of nostalgia when it comes to gaming. And that’s what these classic plug and play consoles are all about. Nostalgia!

I feel that Sony shouldn’t be doing this but since they are doing this it should be better I feel. They shouldn’t be doing this because they have nothing to prove. They are winning the console wars right now. The only thing that would make all of their fans happy is if they would just say yes to cross-platform play. How they could make this better? Make the controllers wireless, use the analog controllers, and add more games. And make an online store so we could add more games. But someone will probably hack this thing within the first week of it being out. I’m sure someone is already working on that! LOL!

Now for me personally growing up I did get a PS1 late in the console’s life cycle. I was a big Nintendo fan boy in my youth but I did eventually get one. Looking back it did sell more units than the NES and SNES. Will it outsell them as plug and plays though? I feel that Sony is doing a Nintendo move by doing this. Nintendo had to do this. With Virtual Console not on the Switch this was an alternative if you want to play Nintendo Classics. You can play PS1 Classics on the PS4. Another reason why Nintendo did what they did was because after the failure that was Wii U they wanted people talking about them again and they sold people on what they do best. Nostalgia! It sure worked. PlayStation on the other hand I feel shouldn’t be doing this. So it is safe to say that I’m going to be passing on this one. I may eat my words later but that’s my decision for now.

As always I want to know what you guys think? Are you excited about a PlayStation Classic? Are you going to pick one up? Let me know in the comments below. Until next time. Blogging live to you and yours! It’s your boy TWOTALL4UFOOL! Remember that TOGETHER EVERYONE ACHIEVES MORE! Thanks for reading folks. Keep on reading great content!