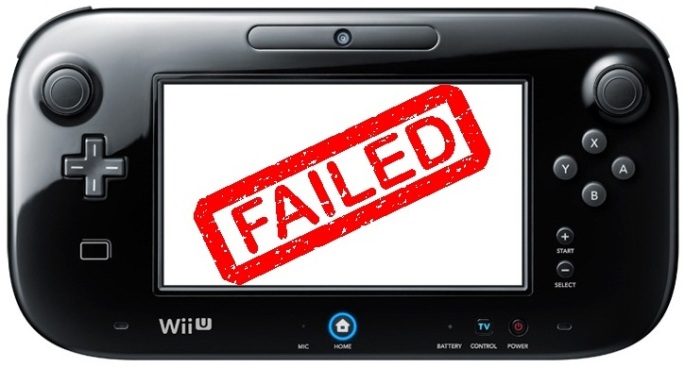 Blogging live to you and yours! It’s your boy TWOTALL4UFOOL! Growing up it is safe to say I was big Nintendo fan boy. I had every Nintendo console. From the NES, to the SNES, when the next generation of consoles came out I would always pick up the latest from Nintendo. Then 2012 came. That was the year of the Wii U. I wasn’t all that happy personally with my Wii mainly because of the third party support. But I definitely looked into it. After demoing it a couple times, and doing my research at the end of the day I decided that I wasn’t going to invest in the Wii U. My wife (girlfriend at the time) was even surprised. I’m going to explain what lead me to my decision. I will say Nintendo is making up for it with the Switch.

First things first I think Nintendo could’ve came up with a better name for the console. Many people even gamers didn’t even know that the Wii U was a console. They thought that it was an add-on for the Wii. It did cut some costs as you were able to use your Wiimotes for the console but I think it should’ve turned the page from the era that was the Wii. I found that very puzzling. Another thing I didn’t understand about the console was why it had the Wii U Gamepad. You couldn’t even take it that far. Sure if you were in the same room as somebody and they wanted to watch TV you could play the game using the Gamepad. But the signal wouldn’t go that far. So if you wanted to take it with you into another room, upstairs, or even the bathroom you would be out of luck. Now I know that a good percentage of the games for the Wii U required the Gamepad but to me it seemed like Nintendo didn’t know what direction they were trying to go in at the time. It’s safe to say it was ahead of it’s time.

Another reason why I didn’t buy the Wii U is because of who it was advertised to. Look at this series of Wii U ads below and you tell me who it is being advertised to.

Does that looked advertised to guy who is in their mid to late 20’s with no kids. I don’t think so. But Nintendo was constantly advertising the Wii U as a kid and family console. No wonder it didn’t stand a chance against the Sony or Microsoft during that time. They didn’t work hard enough to get the average gamer and I believe some of it was them still being on that high horse with the success they had from the Wii. But what they failed to realize is that the days of the average consumer playing video games was over. Smartphones came into the picture and they all moved on to that. Nintendo forgot about the gamer I feel. Another thing that disinterested me from the beginning with the Wii U was the launch price and the launch titles. For a Basic 8 GB it was $299.99, and for a Deluxe 32 GB it was $349.99. I feel that was just way too much to be paying for a console especially considering the launch titles. I demoed some of the games at a mall near my home and I wasn’t very impressed with them. Sure New Super Mario Bros. Wii U was good but Nintendo Land and that other game I played (I forget which one) were absolute garbage. Nintendo Land especially. If they were going to put that game out they should’ve just went with the next Mario Party game instead. As for the 3rd party support it seemed to have a lot of it in the beginning but then dwindled down over time. I wasn’t going to chirp out that much money to have only a few first party titles for the console. Wasn’t doing it! I’m sorry but no.

The last thing that lead me not wanting to buy a Wii U was the price drop. There really was none. All they did was scrap the Basic and lower the price of the Deluxe $50 bucks and package it with New Super Mario Bros. Wii U and New Super Luigi U. I know part of the problem was the Wii U Gamepad. I’m sure that was one reason why they couldn’t get it down to $250 plus a game. Maybe if it went down that low I would’ve purchased one. But it never got there. So I didn’t make that investment and it was smart that I didn’t. Even buying the thing used today I still hear is expensive. And with that being said was enough reason to not buy Nintendo’s 2nd biggest failure which was the Wii U.

So now I want to know what you guys think. Did you own a Wii U? Did you not own a Wii U? If you did or didn’t I want to know why? Let me know in the comments below. I know I’m very happy that I didn’t purchase a $300-$350 console that I would probably only own no more than five games for. But if you really want to defend this thing and give me reasons why I should’ve owned one I’m willing to listen. Blogging live to you and yours! It’s your boy TWOTALL4UFOOL! Remember that TOGETHER EVERYONE ACHIEVES MORE! Thanks for reading folks. For more rants like this please keep coming back.