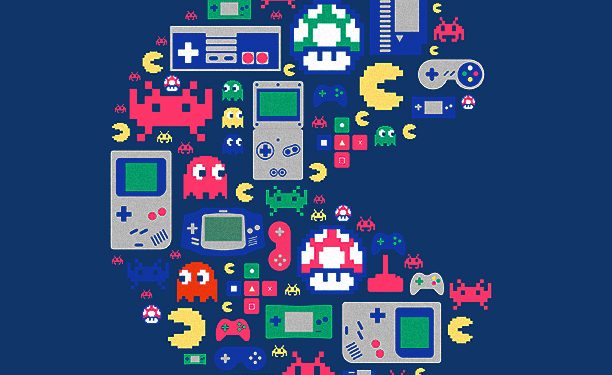 Blogging live to you and yours! It’s your boy TWOTALL4UFOOL! For this post I wanted to discuss why the big resurgence in retro gaming? I want to discuss if people are for real when it comes to playing these games or if it is a nostalgia thing. I also want to discuss if they have aged well compared to games of today, and I want to tell you all what to watch out for if you plan on buying a plug and play retro console whether it be from a first party seller or third party seller. I’m probably going to go on a bit of rant here so I hope you are ready.

Now it seems like two years ago a small percentage of gamers were playing retro games. I feel like emulation wasn’t as big then as it is now and I feel any plug and play system that came before the NES Classic Edition not a whole lot of people were buying. Now plug and play systems whether they are from Sega or Atari I feel not a lot of people own those. Atari games you can run from your phone with the right software and I feel you can play retro games by Sega on pretty much any console. On my PS3 I own Sonic’s Ultimate Genesis Collection and this month Sega just released Sega Genesis Classics for both the PS4 and Xbox One. So I really never had a reason to pick a plug and play from Sega or Atari. I was a big Nintendo fan growing up. Another way people could play retro games was on the Wii and Wii U’s Virtual Console. The Wii was very successful but the Wii U was Nintendo’s 2nd biggest disaster. So I feel not a whole lot of gamers experienced retro gaming this last generation.

Now enter the NES Classic Edition. When this thing first came out in stores I was like “ok this thing will do alright.”. I had no idea that Nintendo would make so little of them, and that that many people would want one. Me personally I just let it slip since it was so hard to come by but when the SNES Classic Edition came out I tried to hold out but that was a different story. So with the release of the NES Classic Edition people are talking retro games. But are people really playing it or just picking it up as a collection for their man cave, or whatever? Nintendo did it’s job. They used nostalgia to get people to start talking about them again. And they had to do something because since the Wii U was such a big flop. The NES Classic had people talking about them again that when the Switch came out it started with pretty good momentum. Now Nintendo critics have said that Nintendo only sells people on nostalgia but that’s another argument for another time.

Now do retro games hold up against today’s games. Now I feel this is something everyone will have a different opinion on. I’m just going to say it depends on the game. Side scrolling platformers, and beat em ups whether they were 8-bit or 16-bit are still fine for today. Fighting games I feel it depends on the game. RPG games I feel are always playable regardless of how old they get. Puzzle games are still hold up today. Now racing games and sports games. This is where it falls into a grey area. Racing games it really depends on the game. A game like F-Zero for the SNES I feel is still playable today where as I feel a games such as the original Super Mario Kart not so much. As for sports games with the way they are today I feel none of them hold up at all to today’s standards. Maybe hockey games but I wouldn’t go any further than that. Another thing you have to keep in mind are the graphics. 8-bit,  and 16-bit games still look fine today since the graphics resemble that of a cartoon. As for early 3D graphic games from the Sega Saturn, PS1, and even the N64 some of those games look and run horrible compared to games of today. If you are playing a game with some bad graphics it better be a really good game. But I will say they do look best if you are using an old CRT TV.

Now what do you need to watch out for when looking to buy a retro plug and play console. Well if you can get what you want from your local retailer obviously do that. If they are sold out and you want something like say the NES or SNES Classic then it is ok to go with a scalper. Just look in the right places. Don’t go with 3rd party sellers from Amazon or Ebay go with apps such as Offer Up, or Letgo. Maybe even Craigslist. I feel you can negotiate the price and bring it down to something a little more reasonable where as you can’t do that if you buy directly online from a 3rd party seller. Another thing to watch out for folks is those plug and play consoles from 3rd party sellers. Something like “this plug and play loaded with 600 games is yours for $250!”. This link here is an example of what I am talking. Please please please don’t support these people. What they did is get a single board computer such a Raspberry Pi 3. They put an operating system on it such as Retropie (which isn’t allowed to be sold), load it up with some roms (or games), get some cheap controllers off Amazon and sell it to people. Let me tell you something you can do that yourself. There are tons of video tutorials out there showing you how to do it if you search the internet. Even if you are not computer savvy look for a friend who is and have them do it for you. It’ll save you more money in the long run. It makes me upset that these crooks are trying to make a buck off people like that and it makes me more upset that people buy them without doing research. It’s like consumers see something that they played growing up and instantly they want it. My guess is 80’s and 90’s nostalgia is at an all time high.

So that’s my rant on the resurgence of retro gaming. My overall analysis is it won’t be going away because of gamers like me who played those games way back. We won’t let them die. I have a daughter and when she starts gaming I would love for her to play some of the games I grew up playing. I think kids who play retro games have more appreciation for the games that are out today. They see the difference and a bit of the struggle. LOL! What are your thoughts on retro gaming today? Let me know in the comments below. Until next time! Blogging live to you and yours! It’s your boy TWOTALL4UFOOL! Remember TOGETHER EVERYONE ACHIEVES MORE! Thanks for reading folks I’ll catch you all next time.

One thought on “Why the resurgence in retro gaming? Have they aged well? And what to watch out for!”