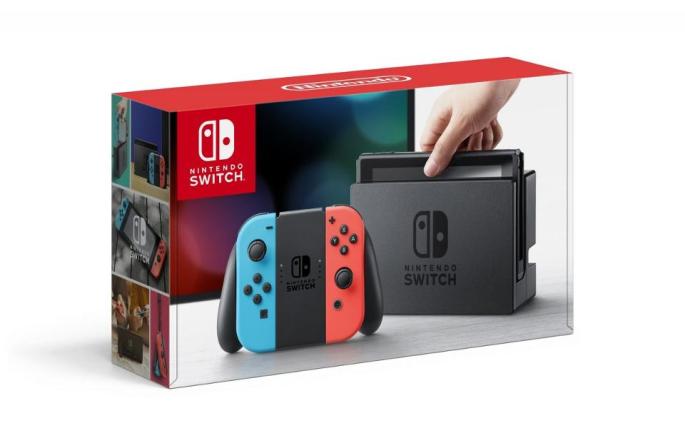 Blogging live to you and yours. It’s your boy TWOTALL4UFOOL. 2017 was quite the year for Nintendo. Since the release of the Nintendo Switch it has gained a ton of momentum going into the new year and doesn’t look to be slowing down anytime soon. With it’s strong first party titles, decent 3rd party support and a boat load of indie titles there is something for every gamer from all walks of life on this hybrid console. But did anyone see this coming from Nintendo. I know I certainly didn’t especially how it’s last console did. I mean let’s face it people were calling them the next Sega. But it’s apparent that Nintendo is here to stay and I’m so happy that consumers still have an additional option when it comes to choosing home consoles.

Since I was a young boy I’ve  been playing games on the Nintendo’s home consoles. I’ve had everything from the Nintendo Entertainment System to the Nintendo Wii. Everything in between I owned. So I guess you can say I was a bit of Nintendo fan boy growing up. I definitely preferred them over Sega. Now when Sony came around I got their products as well. But I still preferred the Super Nintendo and Nintendo 64 over the original Sony PlayStation. Even though a lot of 3rd party developers during that time had went to Sony instead of going with the N64 it had enough games for me to still enjoy. It wasn’t until the next generation that I started to prefer the PS2 over the Nintendo GameCube. During this time I started realizing that Nintendo was just getting behind when it came to certain features with their consoles. I mean sure it was more powerful then the PS2 but the fact that it didn’t play DVDs was a let down for me during that time. So I give the edge to the PS2 during that generation.

Now enter the Nintendo Wii. Nintendo’s greatest selling console of all time. Think back 10 years ago. Who didn’t have a Wii? Everyone and their grandmother had a Wii. People who had never played video games before had this console. Now what was getting consumers to go out and get this thing. Motion controls! Nintendo was able to use this gimmick to sell over 100 million units. Now why am I calling this a gimmick? Because it was. People bought the thing played Wii Sports a couple times then it just collected dust. For some people it was probably the only video game console they ever owned. My theory behind it is that consumers were looking something to get into. They saw the commercials and they were sold. Now you have to remember that it was during a time before touchscreen smartphones were very popular (iPhone). Remember that came out in 2007 and the Wii was a out a year before that. I think smartphones to this day have filled that void for the average consumer of just looking for something to get into. Despite the motion controls I still purchased the thing. But with the exception of strong first party titles the 3rd party titles weren’t very good in my opinion so I got a PS3 (when the price went down significantly) to fill that void. As for the motion controls I can honestly say they are not in anymore when it comes to gaming. I was never a fan of it. I’m just a classic hook your console up to the TV and give me the controller. I also thought it was funny how Sony and Microsoft came out with motion control add ons later on during that generation cycle.

Now enter the Wii U. Many people think that when this was announced that it was an addon to the Wii. It probably should’ve been since the Wiimotes were compatible with it. There was abunch of bad things about it from the Wii U Gamepad to the weak 3rd party support. I wasn’t sold on the price point either as it just never dropped. I waited for a price cut but never saw the one I was looking for. Despite some great games like Super Smash Bros. for Wii U, MarioKart 8, and New Super Mario Bros. Wii U, I wasn’t sold on getting it because I knew once I was done playing with those games it going to collect dust. I’m not dropping $300 to play three games for a console. That’s a bad investment. And unfortunately this is the only Nintendo home console I never bought which was wise of me since it’s their worst selling one ever.

Now Nintendo is down and they need to make a comeback of some sort. After hearing about the NX I wasn’t sold on their next console. I’m just thinking Wii U all over again. Eventually NX now known as the Switch is released and it has a few launch titles. Not enough for me to get it yet. I have a few friends that say that ‘it’s awesome 2Tall you should try it out’. I’m still hesitant. I need to see more games. I talked about splitting one with some friends. I thought about it. Overall I say no. And plus who would want to share that console anyway. I know I don’t want to share mine. Then E3 came I didn’t get a chance to demo Mario & Rabbids Kingdom Battle or Super Mario Odyssey. I figure no big deal. The turning point had to be for me one day in Target. I demoed Odyssey and after that I was sold. I got the Nintendo Switch for my birthday this past November and I have such big back log of games it is so over whelming. The games I’ve had the most fun playing is L.A. Noire, and Mario & Rabbids Kingdom Battle. Game reviews are coming for those games. Mario & Rabbids Kingdom Battle is something I thought was gonna suck but way better than I expected.

So the reason why I bring this up is because according to Forbes it is the fastest selling home video game console in US History. Higher than the Wii U. Higher than the PS2. That’s saying a lot in 2018. So Nintendo has a bunch of momentum starting out this year and with their Nintendo Direct around the corner later this month who knows what surprises they will have in store for fans. Right now is the season to be on team Nintendo. Now I still love my PS4 but right now I’m having more fun on my Switch. And the fact that you can take it on the go Nintendo really nailed it out of the park with this one. So if you haven’t gamed in a while or looking to get into it for the first time I highly recommend the Nintendo Switch. In my next blog I will put together a games and accessories guide if you plan on getting one. Here’s a link to the article below:

Now let’s see if it can break more records. I don’t think it will reach the Wii in units sold when it is all said and done but you can’t deny that it has gotten off to a very strong start. Blogging live to you and yours it’s been TWOTALL4UFOOL. If you like what you read please give me a like and subscribe and if you have any thoughts please leave thoughts in the comments below. Together Everyone Achieves More! Thanks for reading folks!